Aligarh Muslim University (AMU) has announced AMU Admission 2019 dates. So, all the aspirants who are seeking for the same can now know their test dates as per the desired course. The University has announced the dates for different courses such as B.Sc (Hons.)/ B.Com, B.A (Hons.), S.S.S.C (Science Stream)/ Diploma in Engineering, S.S.S.C (Humanities and Commerce Stream), B.Tech, M.B.A/ M.B.A (I.B)/ P.G Diploma in Islamic Banking and Finance, B.A. LL.B, B.Ed. 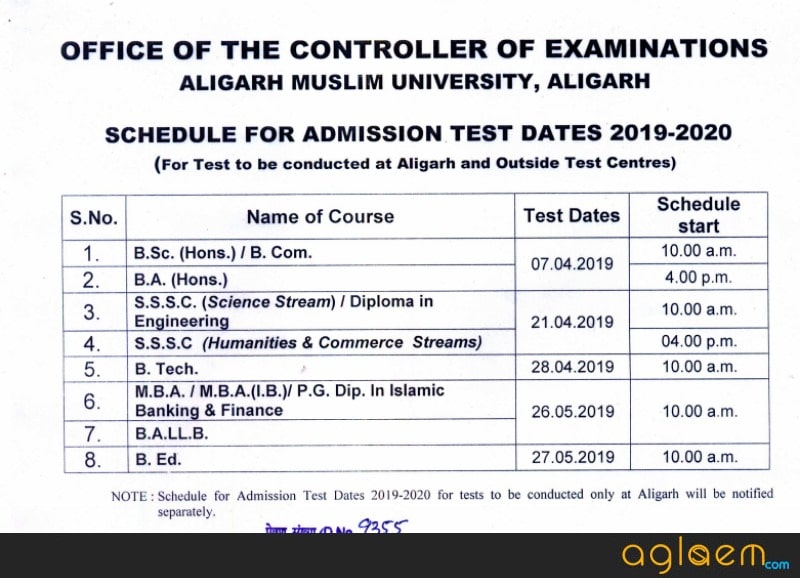 The university has finally released the admission dates for the aspirants who are going to appear for the academic year 2019- 2020. The list of the courses with the examination dates and the timings have been provided. Candidates can go through their respective exam dates very carefully in order to avoid the last minute rush.

Please note that the admission test dates for the session 2019-2020 need to be conducted only at Aligarh will be released separately.

AMU is the Indian Public central University. The university has established in the year 1875. It is the university which offers almost 300 courses in both traditional and modern branches of education. In the year 2017 Aligarh university was ranked as 17 among the engineering colleges.