Medical aspirants appeared in huge numbers for AIIMS MBBS Entrance Exam 2017 on May 28, 2017. Premier medical institute AIIMS will announce AIIMS Result 2017 on June 14, 2017 at aiimsexams.org. There will be two merit lists – roll number wise, and rank wise. Candidates are required to get percentile corresponding to 50% (General), 45% (OBC), and 40% (SC / ST). In order to check result, they need only internet access and merit list can be downloaded. Rank letter, which plays an important role in counselling process also is released online. To download rank letter of AIIMS Result 2017, login with roll number and date of birth.

AIIMS New Delhi offers 107 seats. In addition, there are 6 other AIIMS with 100 seats each. Result of AIIMS MBBS 2017 is for admission to 707 MBBS seats in AIIMS Delhi, Bhopal, Bhubaneswar, Delhi, Jodhpur, Patna, Raipur, Rishikesh.

All India Institute of Medical Sciences will declare AIIMS Result 2017 on June 14, 2017 online.

An exact time for the declaration of result has not been published officially. However, it is expected any time during the day. Nevertheless, it should be remembered that last year result got published at 10 PM in the night.

AIIMS New Delhi is situated neighboring South Ex II market. There are more institutions of prominence near it such as Indian Council of Medical Research. It has been consistently ranked among top medical colleges in India. Students at AIIMS enjoy autonomy in academic and extra curricular. There are several noteworthy achievements made by alumni of AIIMS who are making a name for themselves and India in medical field.

Preparation of Results for each Shift 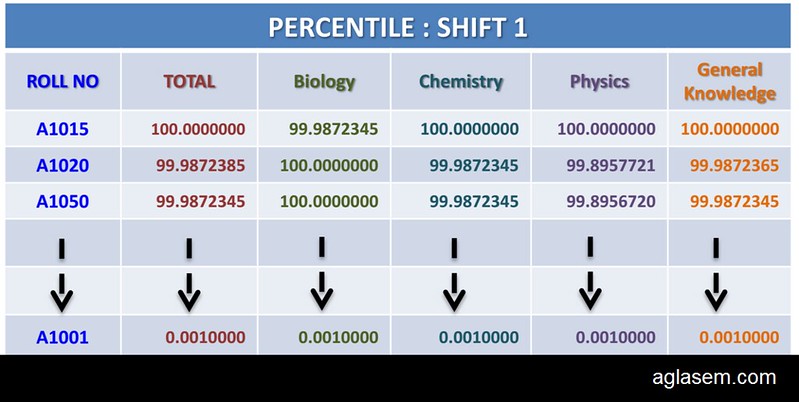 The Percentile scores for the Total Marks for both shifts as mentioned above would be merged and arranged so as to derive an overall Merit List / Ranking.