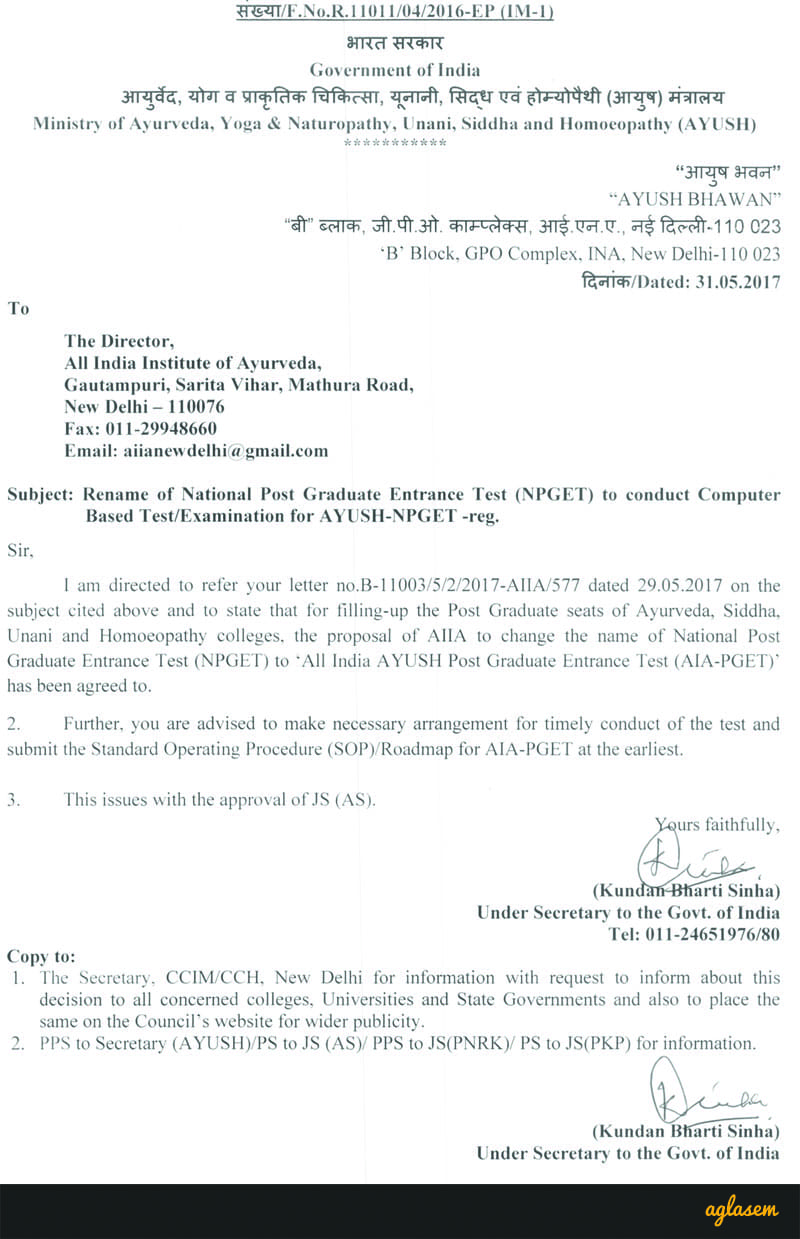 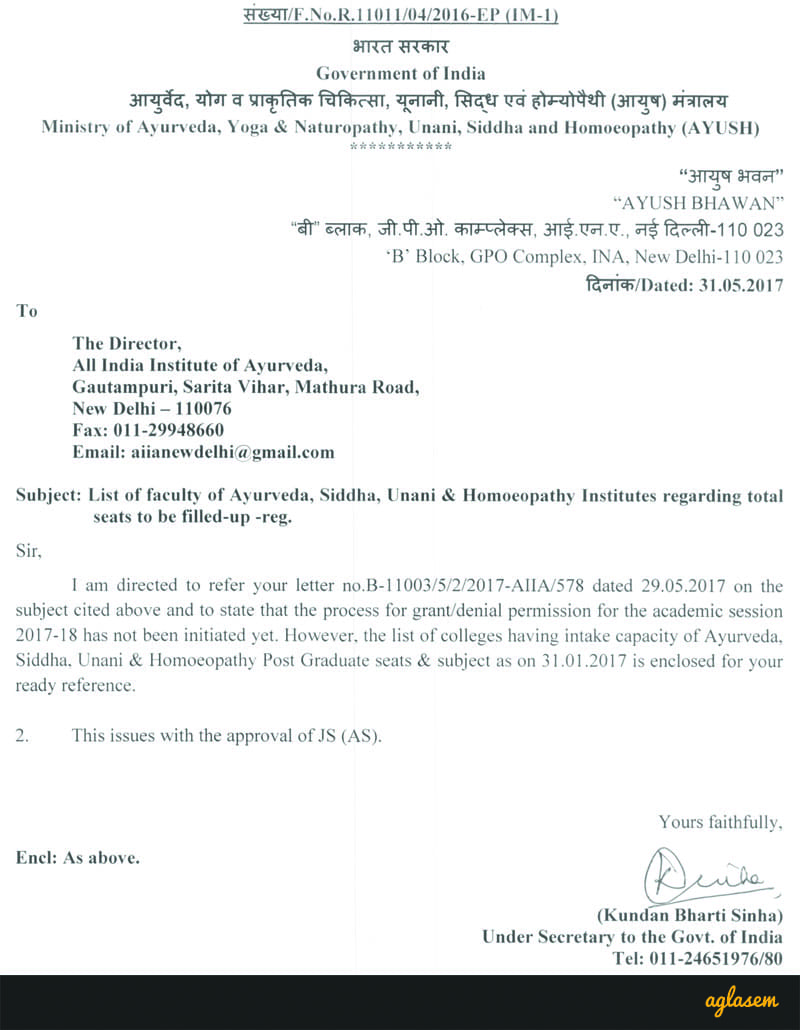 Instructions has also been given to direct the timely conduct of examination. From now onwards, the Postgraduate AYUSH courses admission will be based on AIA PGET 2017.

Aspirants who are seeking for admission in AYUSH will need to fill the online application form of AIA PGET 2017. The filling up of Application forms will begin later this month or in early July 2017. The official dates will be released soon. The examination is conducted online. According to AYUSH Minister Mr. Shripad Yaso Naik, there is an increment in the number of students applying for admission in AYUSH.

Earlier it was informed that there will be no management and NRI quota. Also, there will be no private association in conduct of AYUSH PG entrance exam and seat filling of Post graduation course will be done through AIA-PGET(earlier NPGET). At present there are 3 PG colleges under AYUSH.

In a meeting concluded in February,2017 between Prime Minister and group of Secretaries , it was discussed that the curriculum must be revamped by the medical council to include the elements associated with AYUSH in Allopathy.